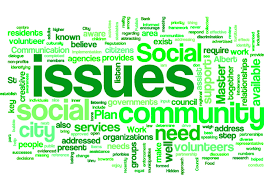 “No” to Hindu Endowment Board!

Malaysia Hindu Sangam > Religion > MHS do not support the proposed Hindu Endowment Board!

MHS do not support the proposed Hindu Endowment Board!

Earlier, on 19 May 2018, Malaysia Hindu Sangam had called for a meeting with the Hindu Advisory Board, prominent Hindu organizations and Hindu temples for a discussion on the proposed HEB. During the meeting, it was unanimously decided that MHS will spearhead the protest against the formation of HEB in any other states. Following this, a memorandum was submitted to the Prime Minister’s Department and YB Kulasegaran, Minister of Human Resources.

In Malaysia, though Islam is a major religion, other religions are allowed to practice their religion. According to the Department of Statistics Malaysia, among other religions, Buddhists make up 19.8%, Christians 9.2%, and Hindus 6.3%. When there is no government intervention in any other religion or places of worship, why the Hindu religion, which is the smallest group alone should be subjected to control?

Since 1964, MHS as the mother body for the Hindu temples and organizations had fought to protect the religion and the rights of the Hindus. For the past 54 years, MHS has been performing the duties for regulating Hindu temples and Hinduism practices in Malaysia. The only impediment which MHS is facing is the lack of regulatory and enforcement powers.

In 2013, MHS released the Hindu Temple Guidelines which was again enhanced in 2017. The Temple Guidelines spelled out in no uncertain terms the dos and don’ts in building and managing the temples. MHS also has played a pivotal role in resolving many temple disputes. For years, MHS has appealed to various government agencies such as t

he Registrar of Societies to consult MHS before registering a Hindu temple or organizations as well as during disputes. Therefore, if MHS is appointed as the regulatory body for the temples, then, many of the temple issues can be resolved amicably and a proper measure of control can be exercised.

MHS is the only Hindu representative body in the Malaysian Consultative Council of Buddhism, Christianity, Hinduism, Sikhism, and Taoism or popularly known as MCCBCHST. MCCBCHST is composed primarily of officials from the main non-Muslim faith communities in Malaysia and acts as a consultative and liaison body towards more open dialogue and co-operation. It must be noted that all the other components of the MCCBCHST are also not in favor of any government intervention or control over their places of worships.

Furthermore, the proposed model of Penang Hindu Endowment Board (PHEB) itself has many flaws. The PHEB is under the full control of the State Government. The appointment of the management committees of the temples under the PHEB are not elected by the Hindu community but appointed by the state government. The Hindus or the members of the temples have no say in the management. If such Endowment Board were to be formed in other states, a similar situation will happen where all the temples and its properties will come under the control of the government. What will be the fate of the temples if, later, a new government came into power? What if there was a change of leadership? What if a religious government takes over?

Let the Malaysian Indians remember the fate of the South Indian Labour Fund (SILF). The previous government dissolved the SILF and utilized the funds to establish the Institut Latihan Perindustrian Arumugam Pillai at Nibong Tebal. However, today, Indians have nothing to claim their own in this Institute! Can anyone give assurance that once the temple funds and properties were taken over by the HEB, similar injustice will not occur?

The present tension created over the Batu Caves Temple management, though necessary, however, should be resolved with a proper inquiry. The Trustees’ of the temple, as well as MHS, must be consulted to resolve the issue amicably. It is regrettable that some parties want to show their dissatisfaction over the Batu Caves Temple management by suggesting control of all Hindu temples. There are many temples that are functioning properly and contributing to the community. Such temples too may be affected if the HEB came into existence.

As a mother body for the Hindus, MHS will never agree to let our religion at the mercy of any non-Hindus or even to the politicians. It is our fundamental rights to manage our places of worship!

Therefore, MHS urge the government to look into this matter seriously and call for an open discussion with all the stakeholders and MHS before deciding whether HEB is necessary for Malaysian context. MHS also urge the government to look into a long-term solution, mindful of the constitutional rights of the Hindus to practice their religion freely.